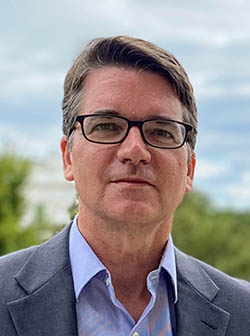 Andrew brings over 25 years of public and private sector experience to the Biden Administration, including service in the Obama and Clinton Administrations. In the Obama Administration, Andrew served as Deputy Director for Management and Associate Director for General Government Programs at the Office of Management and Budget (OMB). At OMB, he led OMB's management offices and the President's Management Council with a focus on digital services, cybersecurity, acquisitions, financial management, personnel and performance management. As Associate Director for General Government Programs, he oversaw policy and budget for six cabinet agencies comprising $225 billion of the President's budget and covering over one million federal employees.

Prior to his OMB roles, Andrew served as the Deputy Vice President for Compact Operations for East and Southern Africa at the Millennium Challenge Corporation. He served as Executive Secretary at the U.S. Treasury Department from 2009-2010.

In the Clinton Administration from 1995-2000, Andrew worked at the White House and the U.S. Treasury Department. Andrew was a consultant at Booz Allen Hamilton from 2003-2009 and McKinsey & Company from 2017-2020, where he focused on public sector programs.

During 2019–2020, Andrew served on the steering committee of the Climate 21 Project, which delivered advice for a coordinated, rapid-start, whole-of-government climate response.

Andrew received a bachelor's degree from the University of Illinois, law degree from The George Washington University Law School, and a master in public administration from the Kennedy School of Government at Harvard University.

He and his wife have two children and reside in Washington, D.C. 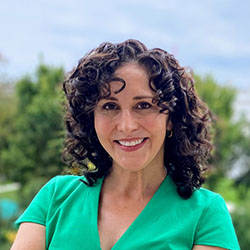 Dee Siegel is the Deputy Chief Sustainability Officer in the Office of the CSO, where she works with Federal agencies, external stakeholders, and offices within the White House to promote sustainability across Federal government operations. At CEQ, she has served across three Administrations, leading development of policy, guidance, programs, and initiatives to drive energy and sustainability goals. Prior to joining CEQ in 2014, Dee launched sustainability programs for the Office of Personnel Management and the U.S. Peace Corps, and was a consultant to corporate and nonprofit clients, providing sustainability and corporate responsibility advisory services. She received an MBA from the Yale School of Management, a bachelor's degree in international relations from Boston University, and served as a Peace Corps volunteer in Guatemala.